Having in mind the limitations of conventional fuel reserves in the world, it is more and more important to replace them with fuels derived from plant crops, so called biomass. Especially after the energy crisis of the seventies, in the developed countries of Europe, they began to research renewable energy sources.

This type of research in our country began twenty years ago. Due to the overall economic situation, they were not done enough, and what has contributed even more to the situation, was the breakup of the former Yugoslavia, the economic blockades and all that caused economic difficulties of financing these programs.

Intensive agricultural production in the world is based on a large consumption of energy, which had a significant impact on the rapid development of farming and livestock breeding, and so the intensive crop production resulted large amounts of crop residues. Specifically in our crop production, there is about 17 million tons of various plant residues. Only a small part of the plant remains, barely 10%, is used as fuel, the rest is getting burned in the fields or is plowed into the ground. There is about 3 million tons of corn residues and 2 million tons of straw.

The thermal power of plant residues is 12 to 16,000 kJ/kg, depending on the type and the moisture of the fuel. We know that 4 kg of plant residue has the energy equivalent as 1 kg of oil, which makes us think about the application of crop residues as fuel in batch dryers for agricultural products, as well as in the heating of livestock farms and business premises.

The large consumption of conventional fuels made us think about the application of biomass for energy in livestock production for heating buildings. There is an extremely high demand for heating in buildings for farrowing and raising piglets.

Until now, these facilities were mainly heated by oil or electricity. But because they have a great need for ventilation, 10-15 air changes, it's normal to be replaced with new load of energy.

This is exactly what made us think about a new way of heating buildings with lower power consumption to create a favorable micro-climate in the buildings.

The emphasis of this method of heating is on the warm floors in the farrowing boxes where we installed floor heaters (panels) which are adapted to the form and method of fencing with a built-in heating snake through which warm water circulates and maintains the given temperature regime of 35-40ºC. This kind of regime provides optimal conditions, especially because contact heating is much more expedient.

This type of heating in farrowing facilities, where piglets stay for 25-30 days, encouraged us to do the same solution in the cages for raising piglets, which gave good results.

An experiment was carried out in B.D. Polje, where the underfloor heating in the box was examined, where pigs are kept in metal cages, where the floor is made of welded wire. In the first part of the cage, a  heating plate is placed, which is the product of "TERMING" from Kula.

The experiment was done in such way that in one row of the cages the heating was turned off and the following results were obtained:

When measuring the effect of floor heating without piglets, outside temperature in average reached 15°C, and the temperature of the floor in unheated row of the cage, reached average 20°C.

On the heated plates piglets lay evenly arranged across the board, without grouping. The outside relative humidity shows high degree of variation, but just a little effect on internal relative humidity.

Throughout the test period of the floor temperature, the air in the zone plate and the air at a height of 2m above the floor, each moved slightly, ranging from 18-22ºC, and after the leaving of piglets it dropped below 20°C.

On the other hand, it is very easy to maintain cleanliness because the heating plates were clean during the rounds. This shows a high level of quality of raising piglets.

The results of the experiment of warming piglets by heating plates, heated with hot water, show successful maintenance of the temperature at a given level with total reliability of heating during measurement.

The heating system provides quality environmental conditions for piglets in the rearing cage. The tested heating plates, type "TERMING", are a simple construction, and it is a long-term solution in the heating of buildings in pig breeding, which could probably be applied in air conditioning (heating - cooling) in this category before fattening.

ENERGY NEEDS FOR CLASSICAL ENVIRONMENTAL HEATING OF A PIG FARM 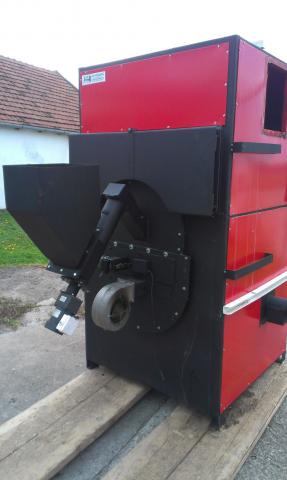 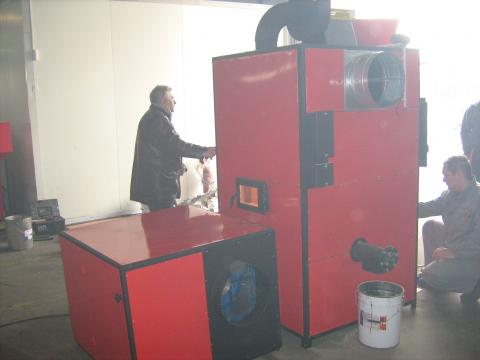 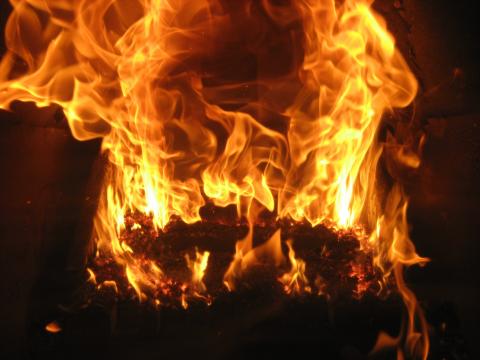